NRB Original Game
FacTrack
aka Streetcar of Fortune
aka AnneTrack 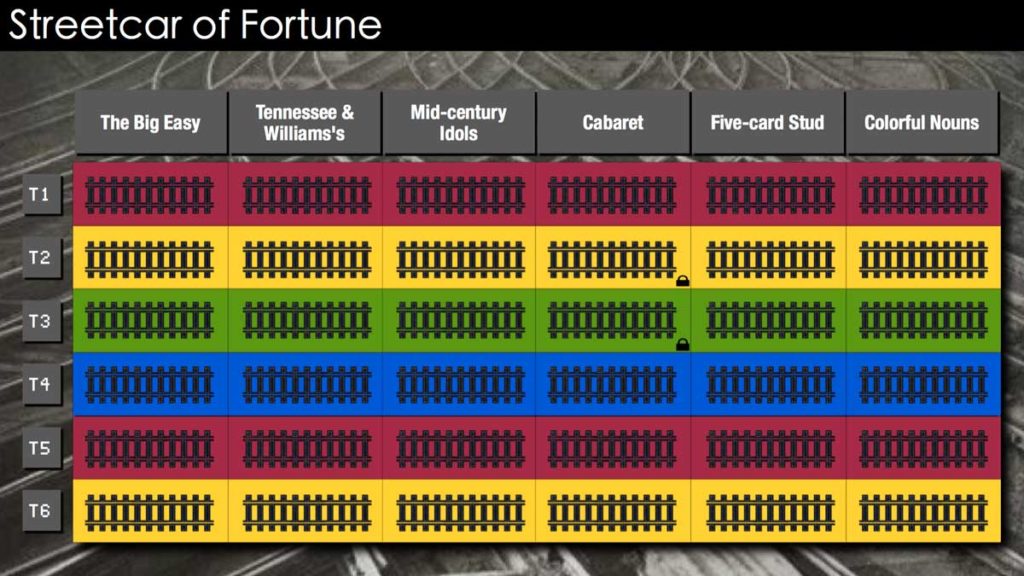 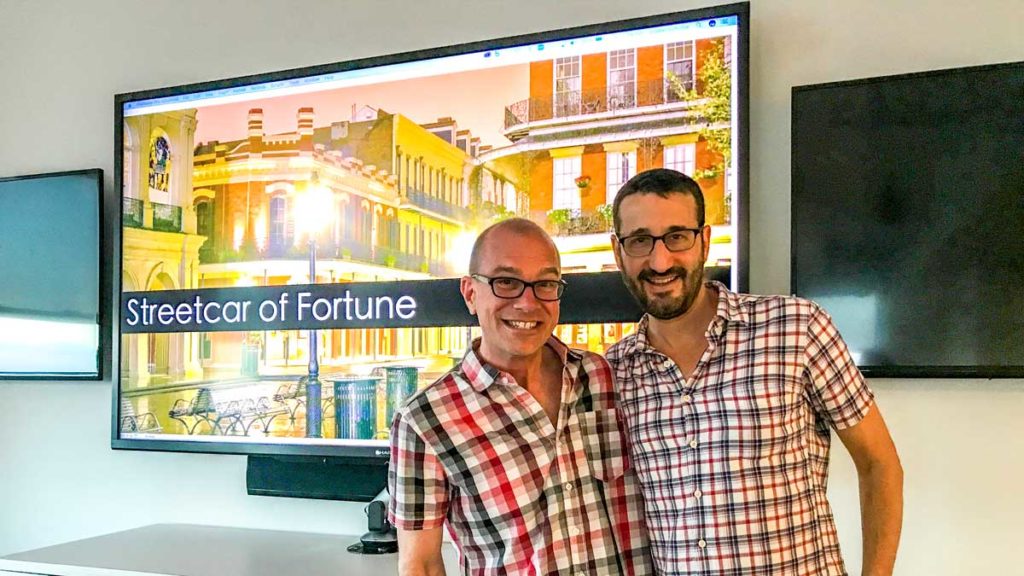 Game Objective
Teams compete to build a “track” from side to side of the game screen by answering trivia questions. The first team to complete their track wins.

Setup
One game table per team. Large monitor or projector with screen. Microphone and audio system.

Gameplay
Two to four color-coded players/teams. As few as two as many as twenty players.

Game board displays six event-specific categories and six "tracks" from side to side.

Coin toss determines which player/team chooses first. That team chooses a track/square by category and track number: "I'll take Colorful Nouns on Track 4." Once the question is revealed, any player can buzz in. The host reads the question in it’s entirety and the first to buzz gets to guess.

Correct answer gets the track-square and control of the board. Incorrect answer goes to the remaining teams to buzz in and guess. (repeat depending on the number of teams).

Winning the Event
The first team to build a contiguous track, including diagonal connections, from left to right side of the game board is the event winner.

FacTrack EXTRAs
FacTrack Images: Trivia questions ask players to name a person, place or thing as an image is displayed on the gameboard. 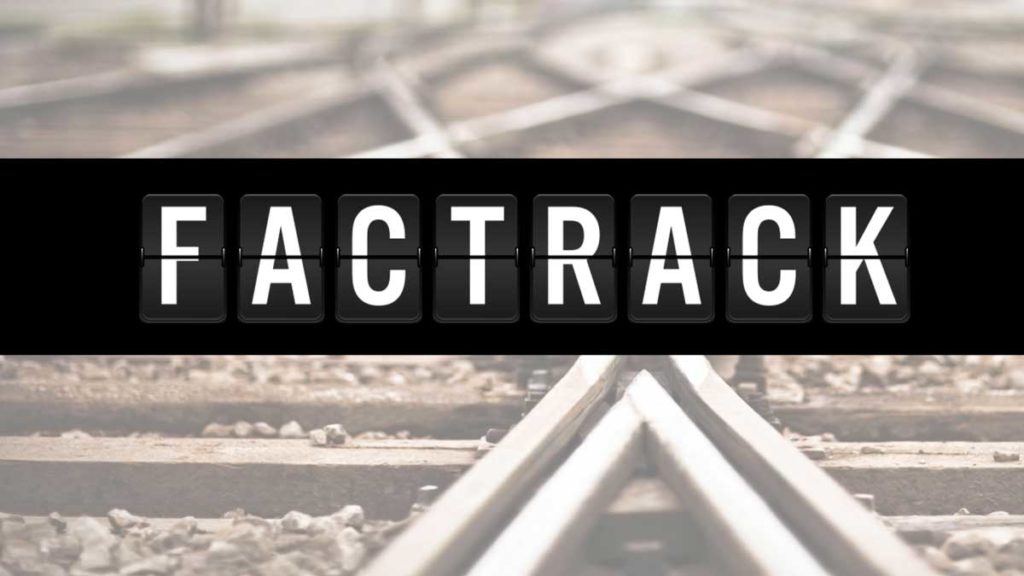