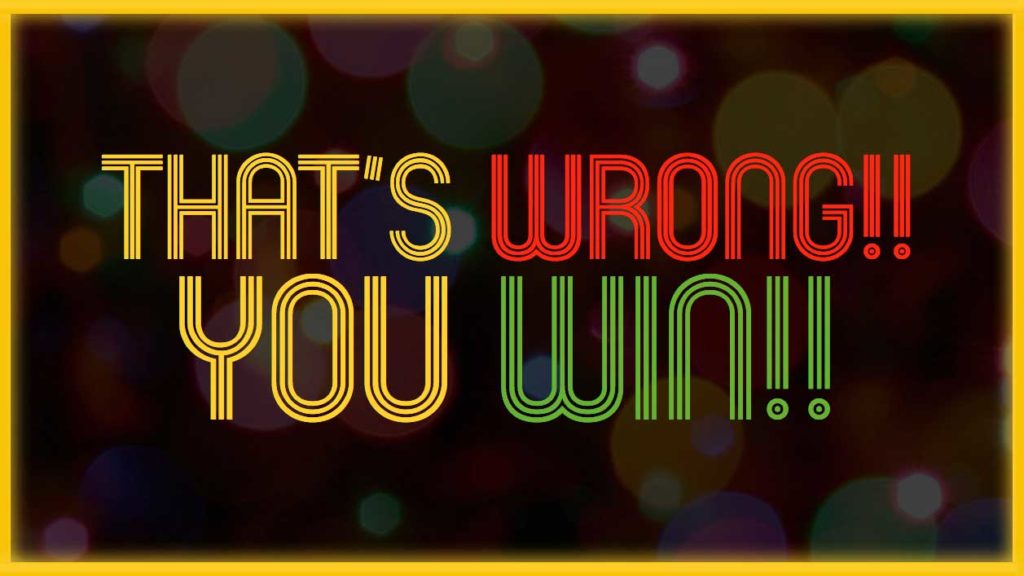 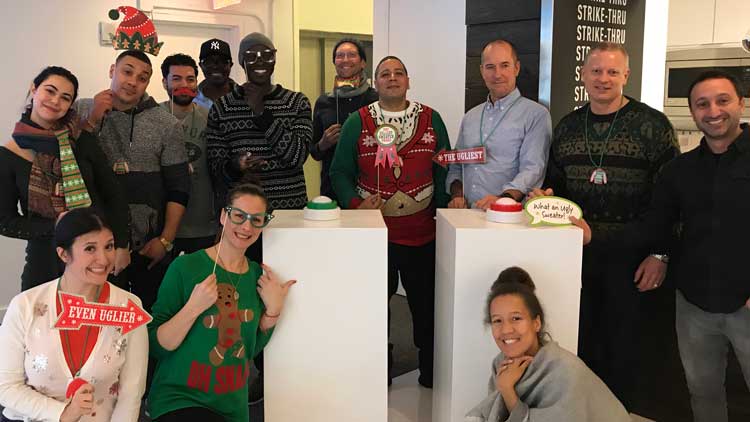 Best for...
Children to adults. Small to large groups. Virtually no contestant prep.

Gameplay
Two teams (up to five players each) face off.

Game board displays up to nine (detemined by time) event-specific categories. Coin toss determines which team controls the board. The winning team chooses a category. First member of each team faces off over buzzers. Once the category-specific question is revealed on the gameboard, any player can buzz-in. The question will be read in it’s entirety and the first to buzz-in gets to guess an incorrect answer.

If the playing team is unsuccessful, the points go to the non-playing team.

Winning the Event
The team that wins best of three/five games (depending on time) is the event winner.

That's Wrong! EXTRAs
That’s Wrong! Images: Trivia questions ask players to name a person, place or thing as an image is displayed on the gameboard. 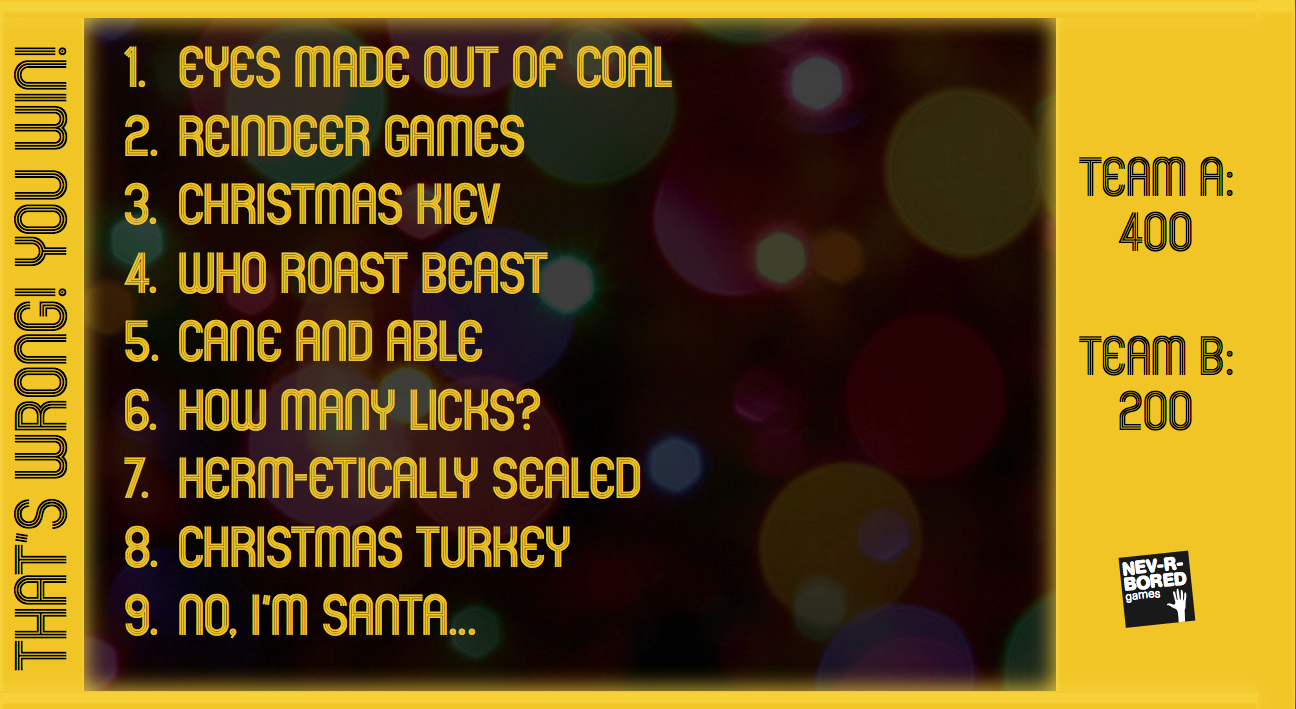 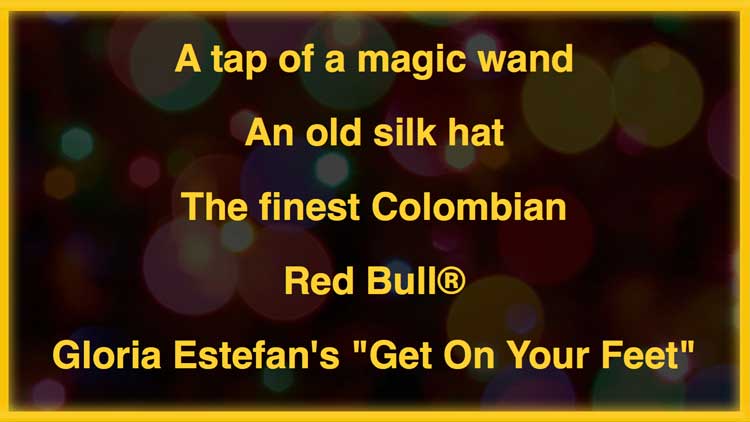 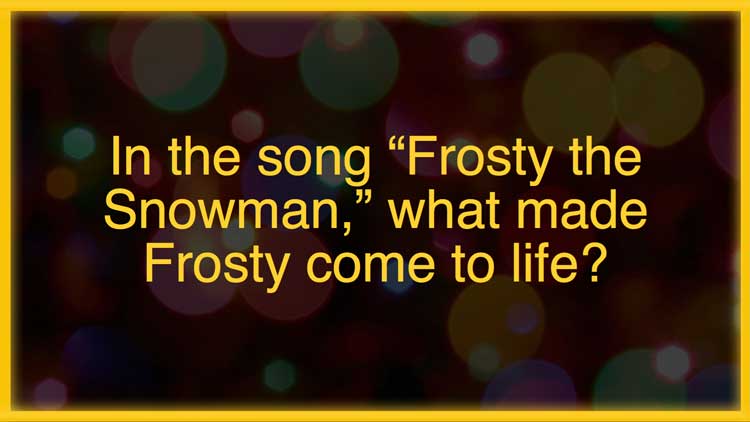 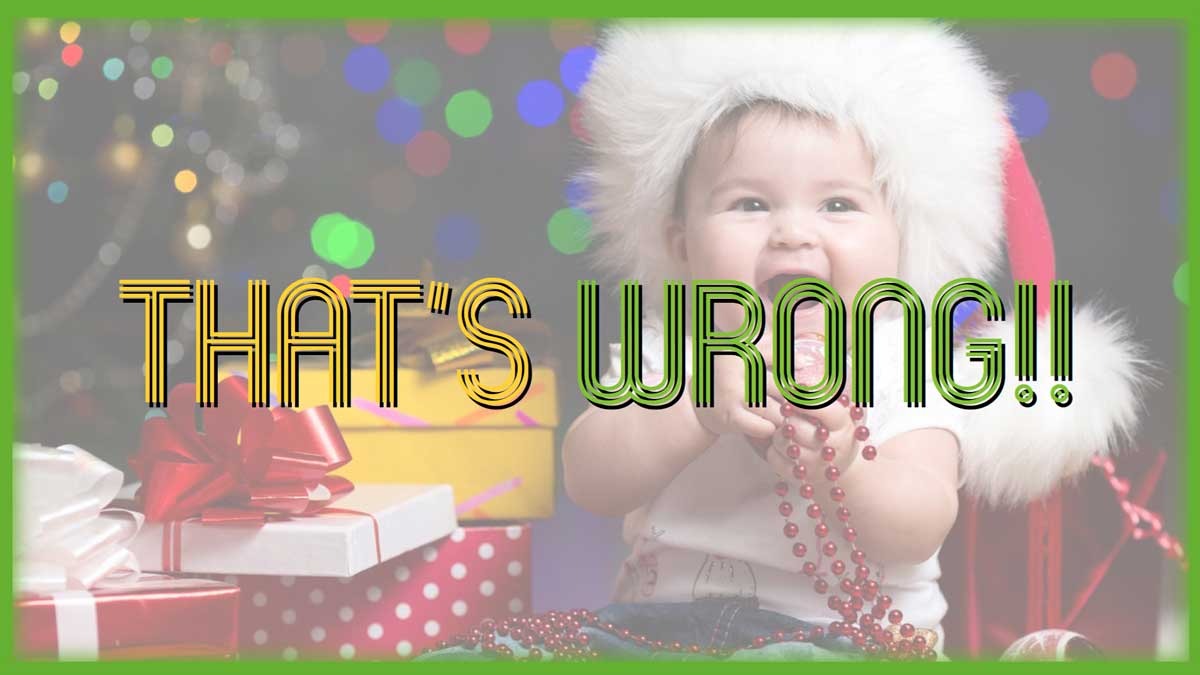